YOU ARE IN A ROOM WATCHING A FILM. THAT IS ALL. 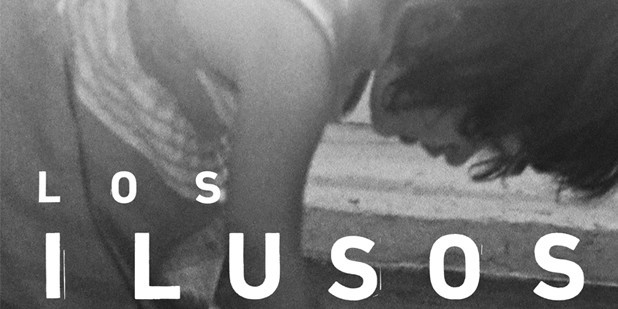 This strange, self-reflexive, black and white slice of art-film ponders cinema while its character’s ponder it themselves, rooting out film’s tenacious and idiosyncratic power throughout at the same time as playfully poking fun at cinephilia.  It follows Leon, a young film director in between films, pensive, passionate, slightly naïve, he provides the fixed point around which the film pivots, a nostalgic dreamer who’s solemnity towards the tradition of cinema is at times gently mocked.  In one hilarious moment, during a screening, the protagonist retreats to the projectionist’s room, the image seems strange to him, not quite right.  ‘It’s a Blu-Ray,’ he is told by a faceless voice. It’s an odd moment, the branded words hanging in the air for the next few seconds, Leon’s head seems to be reverberating with the shock of this plastic fact.  I feel I’m slightly mocking him.  Well, maybe I am.  But then maybe so is the films title, Los Ilusos (The Wishful Thinkers). 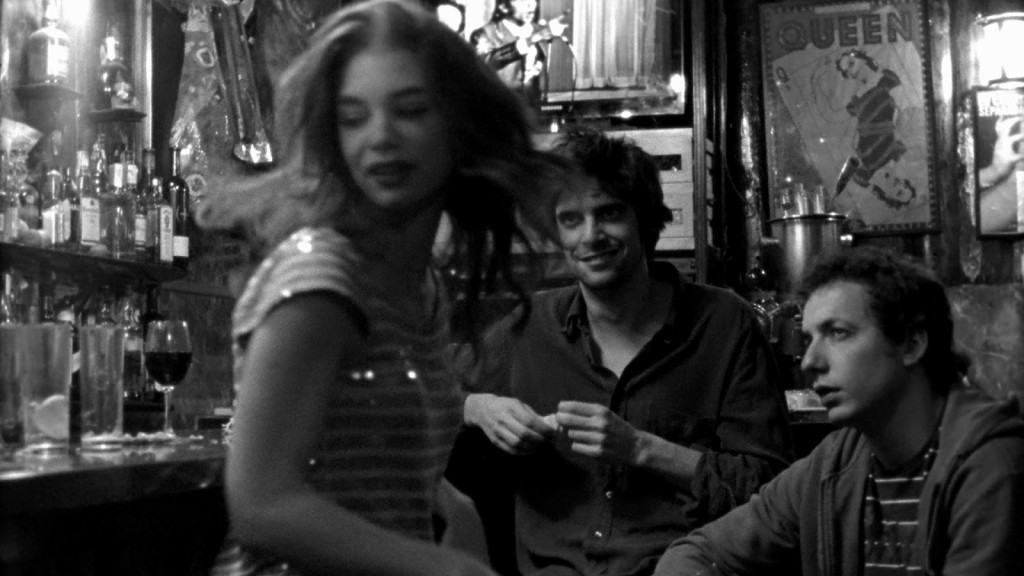 Dreamers.  Fantasists.  Nostalgia hounds.  The film takes this as its subject and it’s form.  The film shreds reality all the way throughout.  This is a film this is a film this is a film.  But genuine ardour slips out, like the soft umbra of the cinematography, which has a gritty – fuzzy quality, a lo-fi creamy look that took me back to Jarmusch’s Stranger Than Paradise.  A love for the ephemera of cinema – recording techniques, clapperboards etc.  Los Ilusos treads a fine line between expressing regret and laughing in its face.  What more blunt and mischievous denouement could one conceive on the subject than toddlers unreeling VHS tapes and chucking them about in utter disregard for a dead format?  I’ll tell you: toddlers throwing reels of celluloid up in the air like streamers at a war parade.  Are we to throw our old film prints to the floor (I don’t own any) and let the dribbling kids eviscerate them?  Maybe.  We’ve got it all on Blu-Ray now anyway.  Does this film ask questions about what film is?  Does it suggest those of us looking backwards start looking forwards?  Or is it a romantic polemic?  I’m not sure.  ‘I’d rather go for a drink.  I’m finding it hard to watch movies these days’, one character mutters. 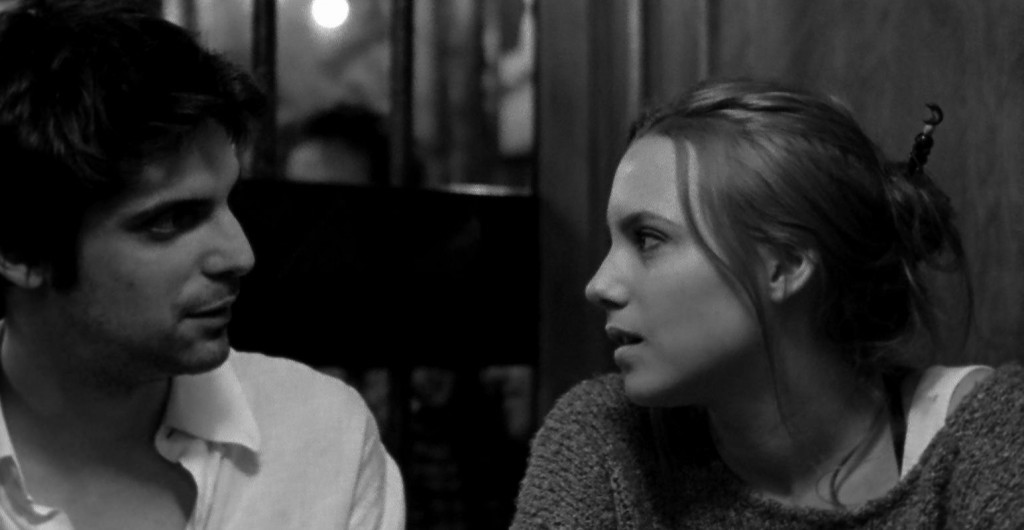 The film begins with a card stating:

‘There are too many expectations about what a film should be or represent.  We hope to be transparent’

Along with revealing the mechanics of the filmmaking process, the film, much of the time, seems to steer away from meaning; it’s constant fracturing, and hail of reflexivity, brings us back to a reality, the characters reality, the filmmakers reality, telling us, perhaps, that film and our lives are intertwined; our life is full of distractions, like this film is full of distractions.  This film is a film – and perhaps signifies cinema’s lack of truth but also lack of meaning, after all how can something have meaning?  It is just a material thing, as we are constantly reminded, whether VHS, Blu-Ray or celluloid.  Los Ilusos distances us – at times by taking out the synch sound, at others by showing a musical performance and the faces of the audience – the music is not a soundtrack but what affect is it having on the listeners?  What flimsy, momentary, whimsical emotional narratives are they (we) building in their heads as the guitar is plucked and the singer’s voice cracks?  The life of cinema and cinema itself are washing into one another.  Neither is separate, films are aspects of life.  Life is a part of film.  Los Ilusos is a film charading as a film.  You are sitting in a room watching a film, that is all.  There is no meaning in this.  But perhaps there is if you want there to be. 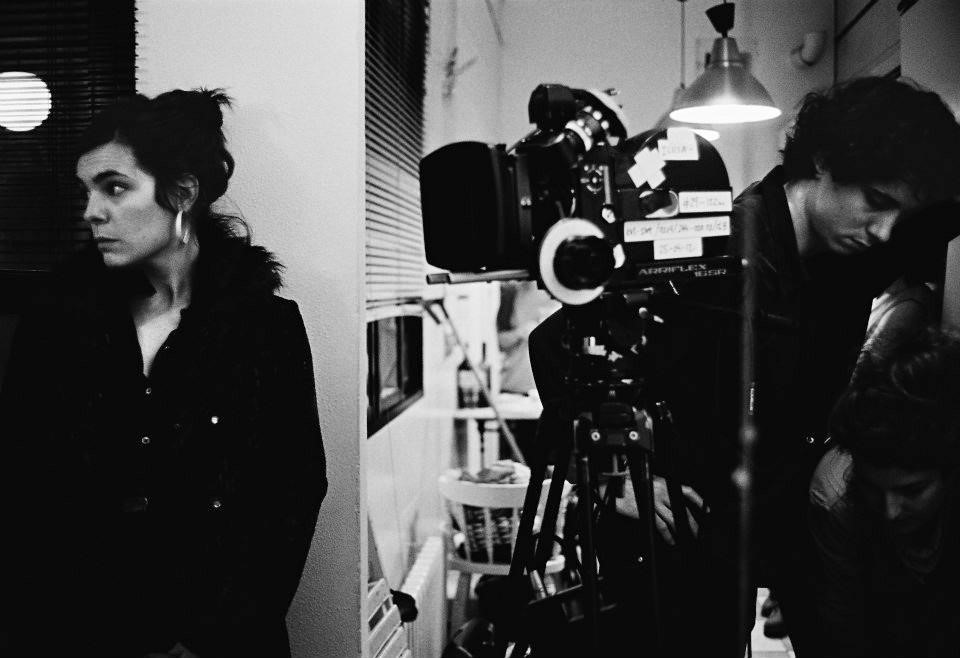 Here are some other things that are in my notes on Los Ilusos:

Perhaps the films frenzied video massacre is telling us we should stop moaning and just get on with it.  An interesting, breezy and informal experiment.