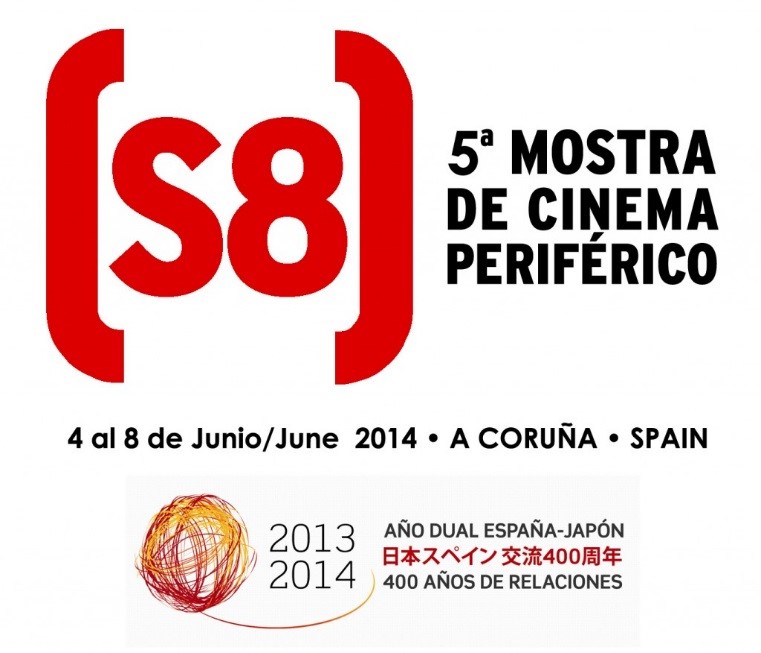 Katsuben – Benshi: ‘Narrators of Silence’, the Japanese silent cinema old tradition will be presented in Spain for the first time. Takahiko Iimura, considered the father of Japanese avant-garde cinema, will lead the programme of a Special Edition that brings together to Corunna a group of renowned filmmakers including Daïchi Saïto, (+) art collective founders Takashi Makino, Rei Hayama and Shinkan Tamaki, and the hidden gem of Nippon Super 8, Teruo Koike.

For its fifth edition, the (S8) Peripheral Film Festival has selected Japan as the guest country because it owns one of the most suggestive and important filmographies in the history of cinema. This Special Edition will be part of the activities that are taking place within the Dual Year Spain-Japan. In this Special Edition Japan (S8) addresses the past, present and future of Japanese film culture, developing a comprehensive programme ranging from its origins to the present day, with particular emphasis on the avant-garde, new expressions and young Japanese filmmakers that will be present at the Festival.

The (S8) Peripheral Film Festival will hold for the first time in Spain a session of one of the most representative narrative arts of the origins of Japanese cinema, which is also globally unique. The role of benshi or katsuben was instrumental for Japanese cinema and an example of the wide variety of the narrative arts featuring Japanese culture. The so called ‘silent film’ era was a rich stage in experimentation in the use of various sound techniques inherited from the oral and theatrical tradition. Although Japanese cinema from its beginnings was never completely ‘silent’, the image was always accompanied on stage with a narrative element and live music performances.

For the representation to be held at the opening ceremony, the (S8) will have the presence of benshi Raiko Sakamoto. This Japanese silent film narrator belongs to Matsuda, the most prestigious school in Japan, which has been responsible for keeping alive until today this old profession. The soundtrack will be played live by Joichi Yuasa with a shamisen (the most popular Japanese stringed instrument). The performance will be part of the screening of Jirokichi the Rat (1931), the only fully preserved silent film by legendary director Daisuke Ito.

This performance is part of the section HISTORY ARCHIVES which will be completed with the screening of A Page of Madness (Teinosuke Kinugasa, 1926). 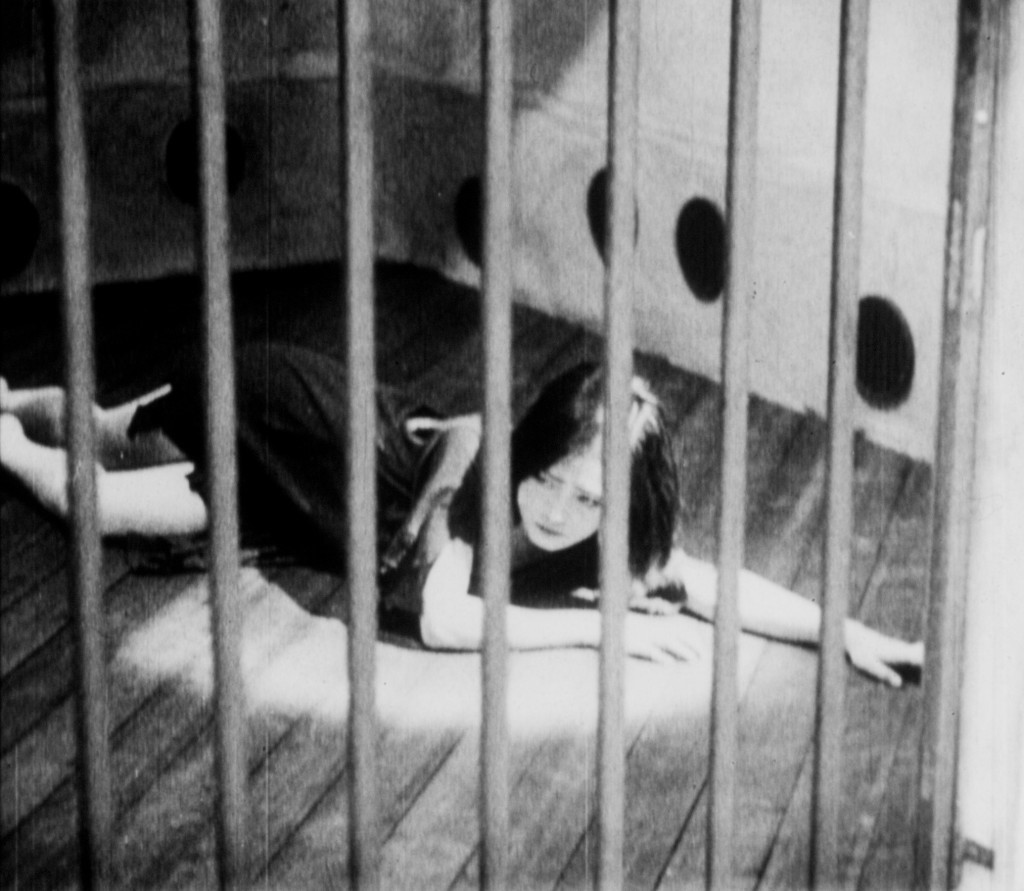 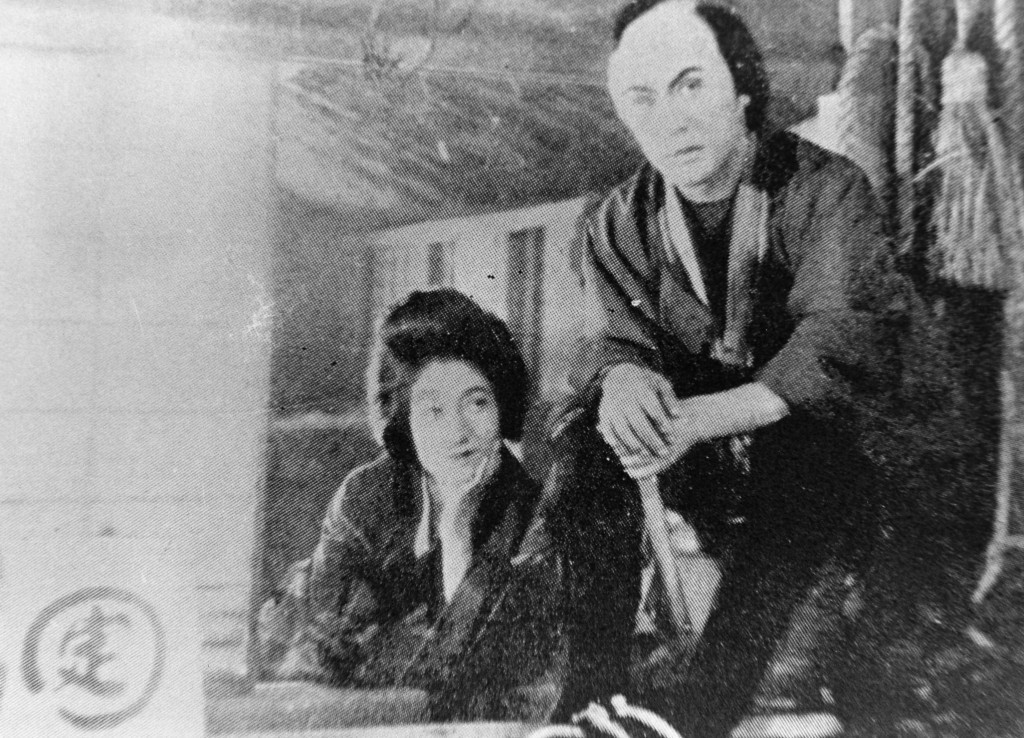 The (S8) Peripheral Film Festival will have de honor to receive the visit of one of the greatest experimental international masters: Takahiko Iimura. Member of a selected group of renowned filmmakers along with Peter Kubelka, Stan Brakhage, Michael Snow or Jonas Mekas, Iimura is considered, as them all in their own countries, the father of avant-garde cinema, in this case in Japan. The author has made for the festival a special selection of his own Super 8 and 16mm work: Kuzu (1962), Ai / Love (1962-63), Timed 1,2,3 (1972/2007), 24 Frames Per Second (1975- 78/2007), One Frame Duration (1977-2007), and MA: Space/Time. In The Garden of Ryoan-ji (1989). This retrospective on the filmography of the great Japanese master includes the video installation ‘As I see you, you see me’ that the artist will be activating with an artistic intervention. The programme will be completed by the performance ‘White Calligraphy, Re- Read’ (in 8mm) and a questions and answer session. 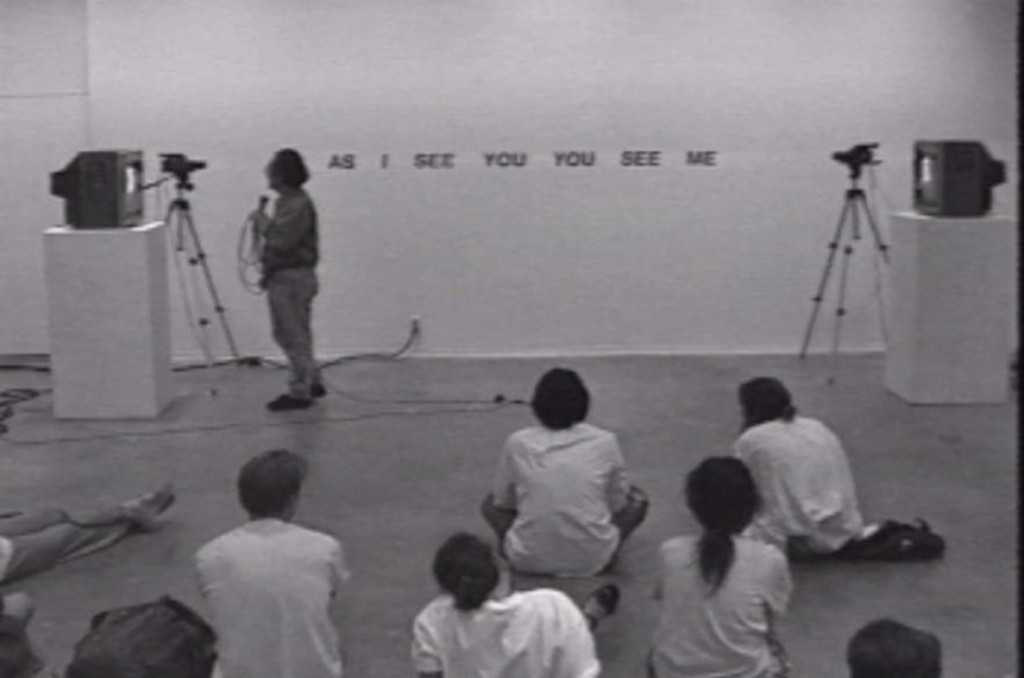 ‘THROUGH A REARVIEW MIRROR’: SPECIAL PROGRAMME ON THE HISTORY OF JAPANESE AVAN-GARDE CINEMA CURATED BY DAÏCHI SAÏTO.

If Takahiko Iimura is thought to be the ‘father’ of Japanese avant-garde, Daichi Saïto would be the ‘son’. Originally from Japan, and after styding literature and philosophy in the United States, Saïto moved to Montreal where he is co -founder of the art collective Double Negative. In 2010, his film Trees of Syntax, Leaves of Axis won the main prize of the 48th Ann Arbor Film Festival and the Grand Jury Prize at the 16th Festival of Media City in Canada. Along with the mentioned film, the programme includes titles such as Chiasmus (2003), Chasmic Dance (2004), Blind Alley Augury (2006), All that rises (2007), Green Fuse (2008), Field of View #1 (2009), and Never a Foot too Far, Even (2012)

(S8) Peripheral Film Festival has also commissioned Daïchi Saïto a special programme on the history of avant-garde cinema in Japan for which the artist has selected those films he considers to be indispensable for a better understanding of what was and what is done nowadays by experimental authors in Japan. This ‘carte blanche’ includes films such as A Woman with Two Heads – A Shadow Film ( Shuji Terayama , 1977) , Drill ( Takashi Ito , 1983) or Andy Warhol : Re – reproduction ( Toshio Matsumoto, 1974).

The future of Japanese avant-garde cinema runs through the impulse of the work of three young filmmakers that together have founded the art group [ + ], one of the main channels of creation and dissemination of experimental cinema in Japan. This platform of innovating arts is led by Takashi Makino, an internationally renowned filmmaker whose work is usually programmed by reputed film festivals such as Ann Arbor, 25FPS Zagreb and International Film Festival Rotterdam. The (S8) Peripheral Film Festival will offer two Makino programmes. The first one will be the Spanish premiere of his most recent film Phantom Nebula (2014), and the second will be a double session with the film 2012 and an expanded cinema performance titled ‘Space Noise 3D’. 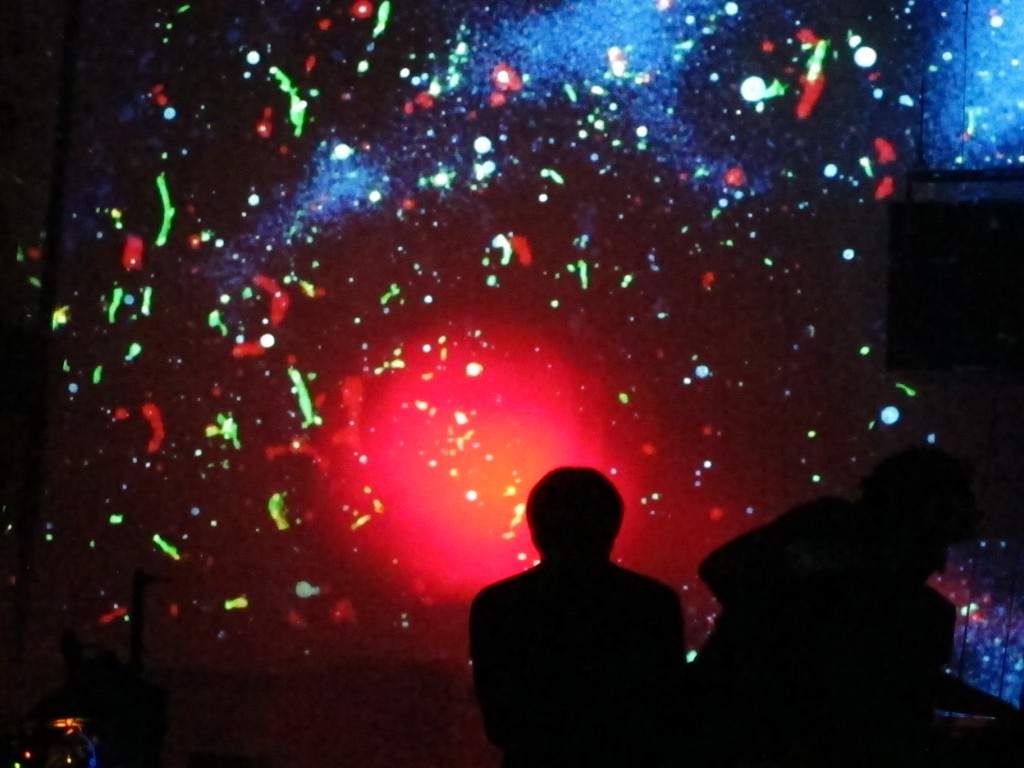 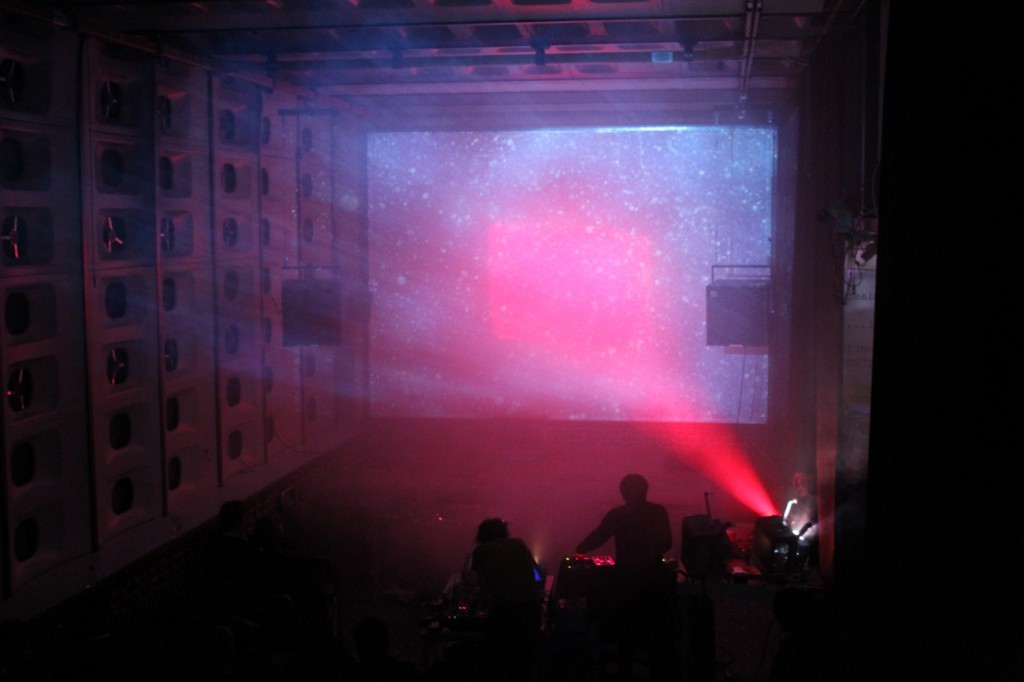 Shinkan Tamaki and Rei Hamaya, also co-founders of [ + ], will be also showing part of their most recent film productions along with two video installations: The Focus (R. Hayama) and Passages (S. Tamaki).

With the secret dedication and the care of a naturalist (botanist, geologists and entomologist at the same time), Teruo Koike has dedicated himself for the last three decades to the meticulous task of creating his own personal planet. A task that could also be approached as a vegetal, mineral and animal inventory printed on celluloid, produced to be the content of a time capsule. Koike has created more than twenty of these particular ‘ecosystems’ in which he studies the behavior and functionality of those groups of organisms in different environments.

The programme that will be shown in Corunna includes three of these ecosystems, filmed and screened in Super 8. A sample of a very singular and unique work, so quiet but at the same time so dazzling, of a hidden master that was rediscovered two years ago by International Film Festival Rotterdam. 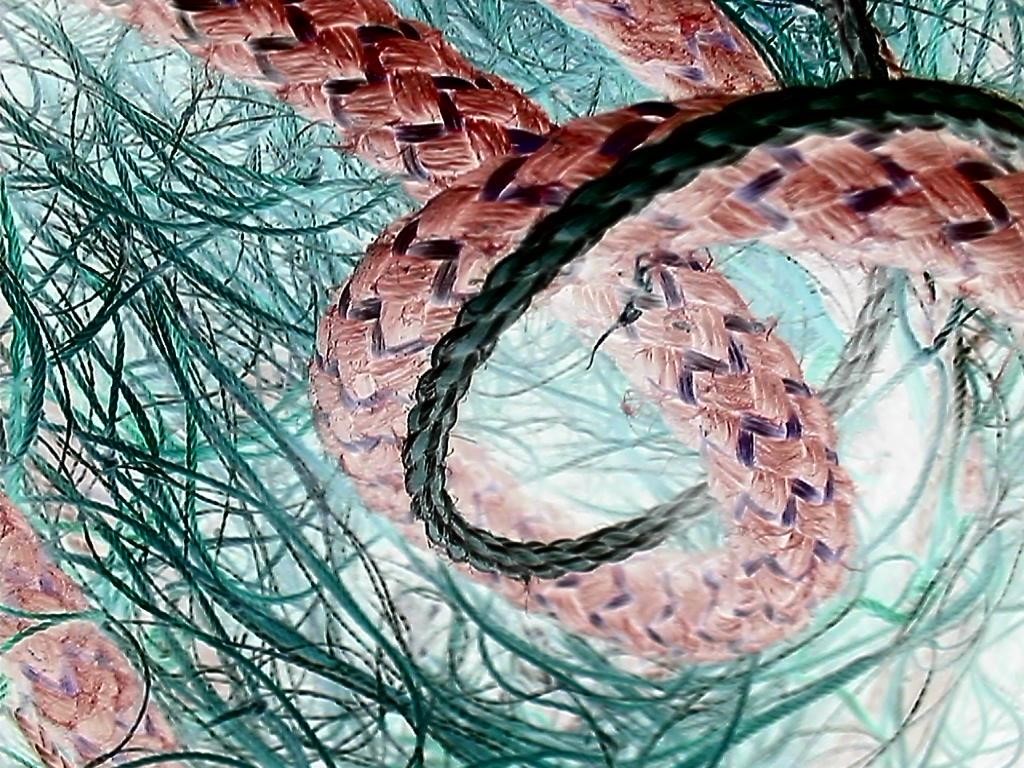 The selection of films includes: Ecosystem 10 – A Dripping Moss (1996), Ecosystem 6 – A Sort of Mycelium (1989) and Ecosystem 5 – A Tremulous Stone (1988). In total more than 40 minutes of film in Super 8 with the musical live accompaniment of Teruo Koike’s self-built Japanese wooden flute.