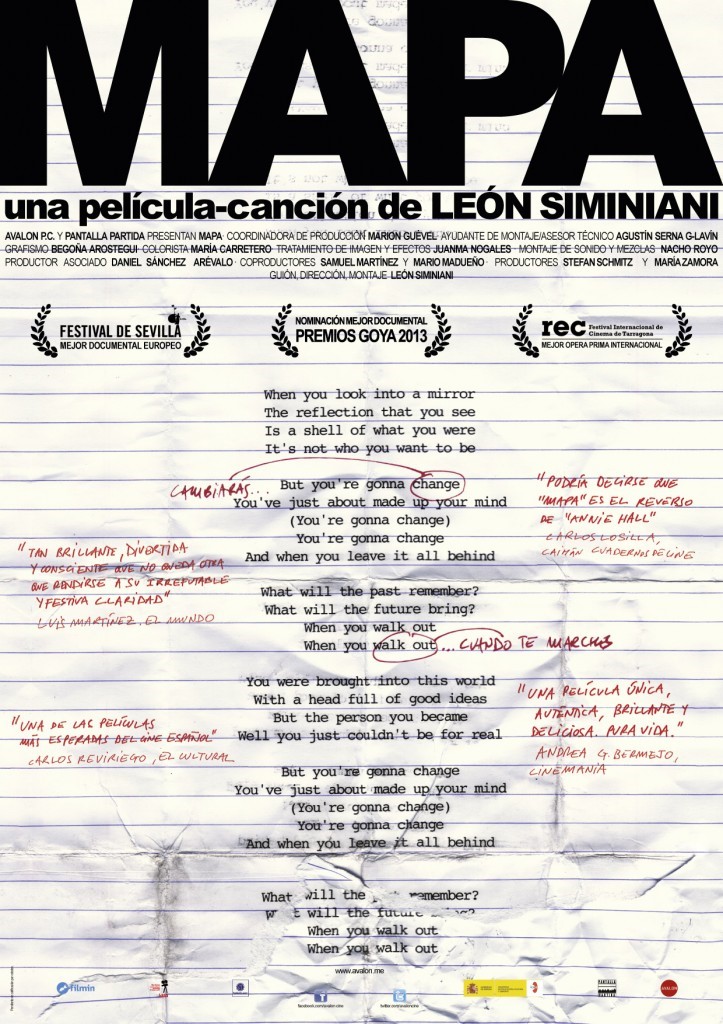 Film allows for scrutiny, the ultimate scrutiny; with film (or video) the maker can experience the moment, watch the moment later on, watch again (and again and again) and then change it, construe a different reality – and reflect on the original reality through the lens of the artificial one.  By recording something the maker is allowing the real world to be examined in detail while simultaneously obliterating any semblance of anything ‘real’.  When looking back at that moment of ‘real life’ captured, the filmmaker begins to question – was it ever real?

Objective truth in cinema has been pretty much accepted as an impossibility – people like Errol Morris and Werner Herzog’s made that much clear a long time ago.  And yet filmmakers (understandably) can’t resist rising to the challenge of recording without conscience or agenda.  Elias Leon Siminiani’s documentary ‘Mapa’ battles with this conceit.  The film tracks, over a few years, the life of Elias, beginning with him being fired from his job as a children’s TV director, a point in his life that he intends to use as an opportunity to jump back into the world of serious filmmaking, something that he feels he has become distant from over the past few years.  In the first third of the film he sets off to India, hoping to garner the same kind of insight and experience that his friend Luna did when she made the same journey – she learnt yoga, went trekking and found it an overwhelmingly fulfilling experience. 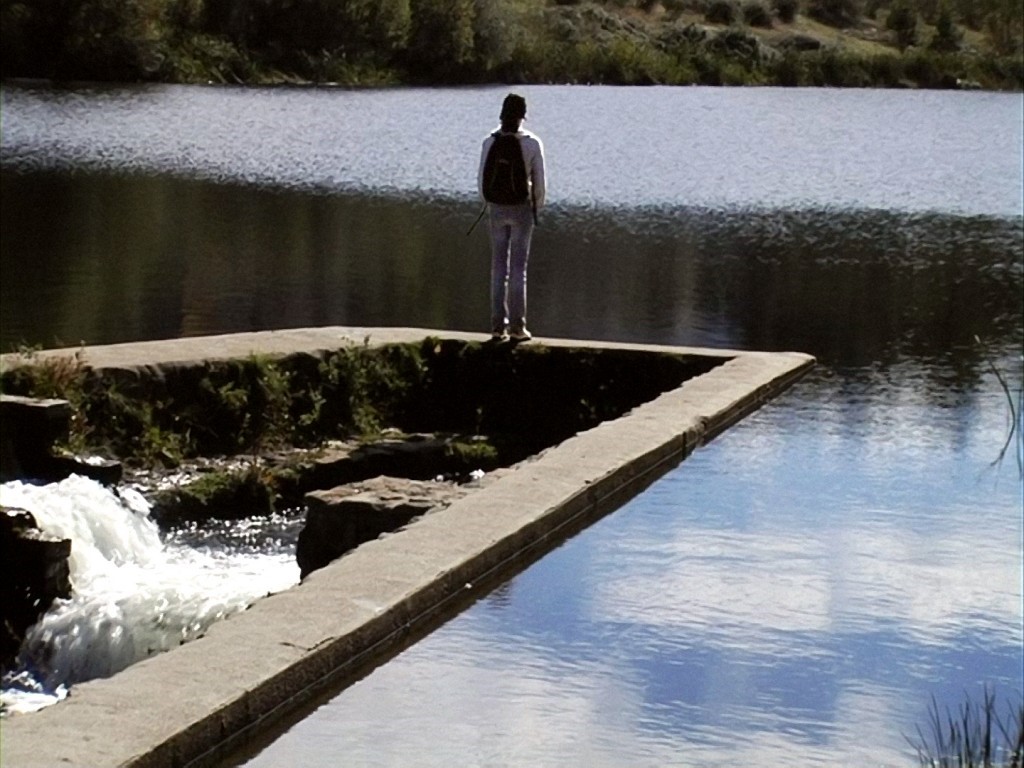 In Jim McBride’s fake documentary (I would call it mockumentary but it’s far too dark for such a flippant term) ‘David Holzman’s Diary’ (1967) the titular character records his daily life, hoping that he will find some sort of meaning in the rushes, and if not this, then at least a sort of catharsis in the act of documenting everything that happens to him.  In other words he thinks it will make him happier.  Elias’ is a similar aim – to somehow ‘solve’ the problem of his life (his failed relationships, his career path, etc) by making this film.  ‘Mapa’ is immediate in its execution; Elias has a strong eye for on-the-spot composition – whether it’s his apartment in Spain or a busy street in Calcutta, and the handheld camera-style adds to this.  Essentially (at least for the first two thirds) we are Elias’ eyes, the whole film is POV.  This is a logical and effective visual approach and, again, gives the whole journey a very immediate gripping feel.

Problems for Elias soon arise as he finds the rush and clamour of India overwhelming and disturbing rather than exciting and liberating.  He tries to play music to escape from the chaos, as he walks the streets.  This segment of the film is refreshingly frank in it’s depiction of a young person unable to reconcile the zeitgeist of today’s backpacker, faux-nomadic youth with his own experience.  He finds the juxtaposition between the Matthew Sweet song he listens to over and over and the stark reality of poverty and noise on the streets of Calcutta ridiculous and incongruous.  The film is interesting here for its fusion of Elias personal feelings and it’s interrogation of film and filming.  Before accepting that the music is incongruous, he admits that the bizarre juxtaposition creates a fascinating dynamic from a cinematic point of view; builders perilously balanced on scaffolding high above the busy road become balletic when the sound of the city is blocked out.  This stylistic discussion runs throughout the film and it is the films most interesting aspect when it works and it’s most irritating when it doesn’t.

Elias wrestles with himself – is India really helping him at all?  Is filming helping him at all?  What are his intentions behind filming?  At times he has two voices inside his head which he argue – on at least two occasions during the film (once in India and once when he is back in Spain) he denounces the worth of his self-involved filmmaking and attempts to address important issues that ‘mean something’ – poverty and the global economic crisis.  But he is reprimanded by the second voice who accuses him of using emotive subject matter to superficially inject relevance into his film.  Throughout it feels like Elias is trying to find a way to lose control, for things to come naturally, but ultimately he finds that the only place he can film in India un-obstructed by his conscience is his hotel room.  He films the bland walls, the bed, the bathroom, but even then life ‘always sneaks in’ as the busy street screams beneath him.

This interplay between personal and global, conscious and instinctual, natural and unnatural, reaches it’s most interesting peak for me when, trekking in the Indian mountains, Elias attempts to film a cow as it meanders along a track next to a cluster of houses.  But a local boy, fascinated by the camera, repeatedly gets in the way – Elias is constantly reframing the camera but the boy repositions himself in front of the lens every time, getting as frustrated with the filmmaker as the filmmaker is with him.  All the while the Elias from the future, sitting in the voiceover studio, is giving us a running commentary, how the boy wouldn’t move, how annoyed Elias was getting, how it was becoming more and more like a confrontation.  This is a brilliant transient scene – as viewers we are straddling both present, past, and future, creating a scene that is both actuality and fabrication at the same time.  It becomes both an interrogation of how a filmmaker can lose control and gain control (the latter always winning out eventually) and what happens to events once they’ve been recorded.

As the film drifts into its second half some of Elias’ techniques become somewhat trite.  For the entire film the viewer is inside his head, party to his worried thoughts of manipulation and honesty, but as we move on we can’t help but accept that this is all a manipulation – at least now that the rushes have been edited and organized.  Of course Elias doesn’t deny this at all, but once this interplay has been established so firmly in the films first two thirds I couldn’t help but feel that the films last part feels slightly redundant – now that I know all his tricks I feel that the film slips slightly into complacency towards its finish. 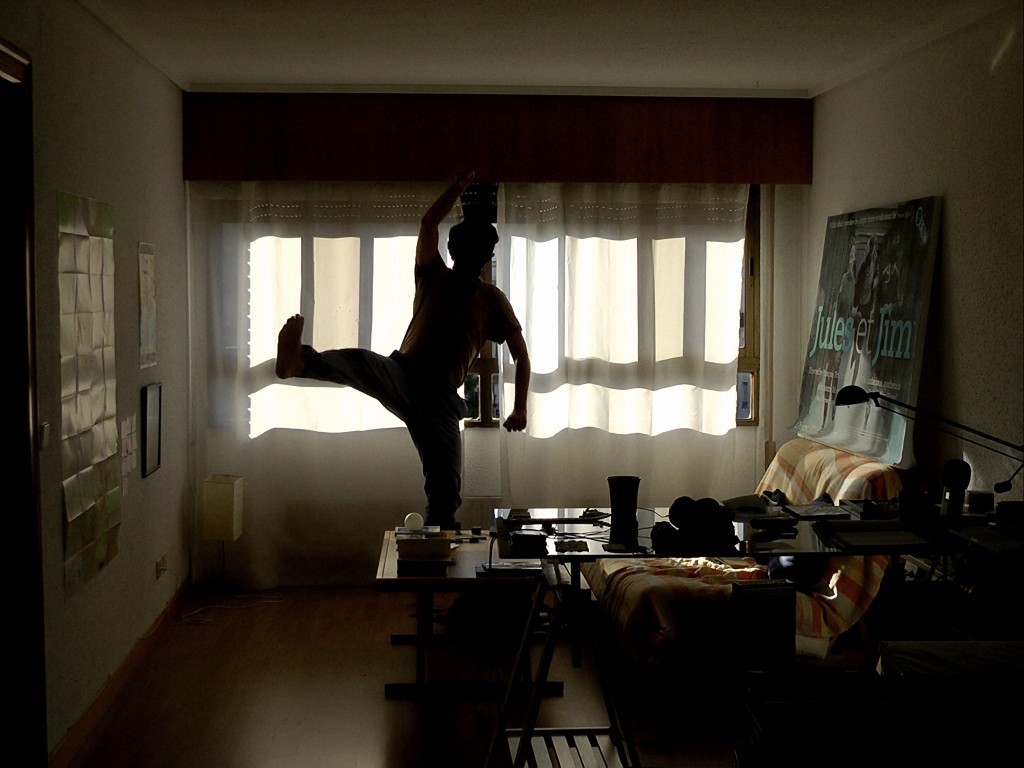 ‘Mapa’ is certainly an interesting film, one that I would recommend watching, but it begins to fall down when Elias’ stylistic visual devices in the edit become a little too literal, a little too clever, and I began to lose interest in his worrying and plight.  It will be interesting to see what Elias Leon Siminiali produces next – whether he will stick to the personal diarist approach even though, from awards ‘Mapa’ has garnered at both the Seville European Film Festival and Rec Tarragona International Film Fest, it seems he has achieved his break into a career as a film director – or whether he will broach other topics, less fraught with his representational procrastinations and dilemmas.