Next week, on the BFI monthly strand Essential Experiments, it’s the turn for “Performing Sexuality”: a North American 60s experimental film tasting, revolving around the performance of sex and gender.

The three main films of the session are already part of the history of the purest underground experimental cinema, in its original meaning. The first one, Flaming Creatures (1963), is “father” of performing art and ground-breaking multidisciplinary artist Jack Smith’s most acclaimed film. The piece explores femininity as something performable, distorting clichés and gender establishments. Using as a clear aesthetic reference the silent cinema romance (with a personal camp touch), the film conducts us on a chaotic trip mix of dream and nightmare, where playing with “the feminine” (like applying lipstick or the fan) and the masculine body (using explicit genital shots under the skirt, for example) is a constant. It’s curious how some of the scenes, which make a clear reference to Spanish folklore, seem directly taken from some of the films that document Ocaña and Nazario’s (and friends) performances, which took place a few years later on the dying Franco’s Barcelona. 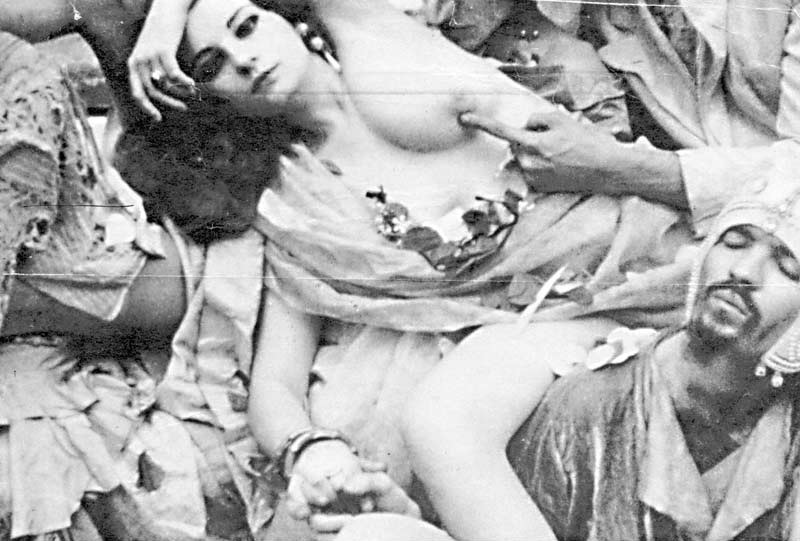 The second film is Ron Rice’s Chumlum (1964), a poetic film with surrealistic touches, mainly produced during the preproduction and shooting of Jack Smith’s feature Normal Love, in which Rice collaborated. Chumlum was young Ron Rice’s last film due to his death of pneumonia just a few months after finalizing it.

The third film of the session is Fuses (1965), by Carolee Schneeman, influential American artist whose work widely explore themes of body, sex and gender. Schneeman’s film is a beautiful ode to love via sex, nature and colour. An hypnotic and delicate piece, of the ones that stay in the viewer’s subconscious.

Last but definitely not least, the artist and filmmaker Barbara Hammer, who just premiered retrospective at the Tate Modern, will be presenting the session and screening her short Dyketactics. So to sum up: an exquisite menu for the ones interested in experimental film and its sexually transgressor origins.