18 Jan THE EXTERMINATING ANGEL IN LONDON

Next January 16th the BFI will be showing one of Luis Buñuel’s masterpieces: The Exterminating Angel (1962). This film plays a key work in the heterodox Spanish filmmaker’s filmography. And that is really saying something because Buñuel is one of the most outstanding milestones of all time Spanish cinematography. At the age of 29, he drastically changed the European intellectuality with Un chien Andalou (1928) written with Salvador Dalí. Since the success of that film to date, he has been the biggest reference in the cinematographic Surrealism. The radicalism of his works, his anticlericalism, his critics to the bourgeoisie and the moral at that time were a constant attack to the basis of the established culture. His films immerse the spectator in the land of the irrationalism, the absurdity, the unsettlement and the cruelty. Painting an outrageous and decadent canvas of the human being.

Buñuel worked from a complete creative freedom. He declared “man’s imagination is free, but not men”. Contrary to what could be thought watching his films, he was a demure, correct, educated and even a tyrant man at home. He projected all the power of his anarchist and subversive ideals on his artistic creation. Contradiction was one of his main features, as shown in one of his famous statements “I am an atheist, thank God!”.

The Exterminating Angel is a film of reconciliation with himself and authenticity. In 1946 Buñuel left France with his family to work in the promising Hollywood industry. But his rebel spirit and his left wing ideals made him soon move to Mexico. There, he did some commissioned films; a masterpiece like Los Olvidados (1950), and others that he would not even wanted to sign. Until 1961, he could not go back to Spain to film Viridiana, whichwon Cannes’ Golden Palm but was forbidden by the Church and censored in Spain. So the director from Aragón saw himself dropout of his land again, but had the public and critic’s support. Then he wrote The Exterminating Angel as a return to the origins, within the support of the Mexican film industry once again. That is why the film has a strong surrealistic essence and the consistency and the strength of a director with a long career behind him. 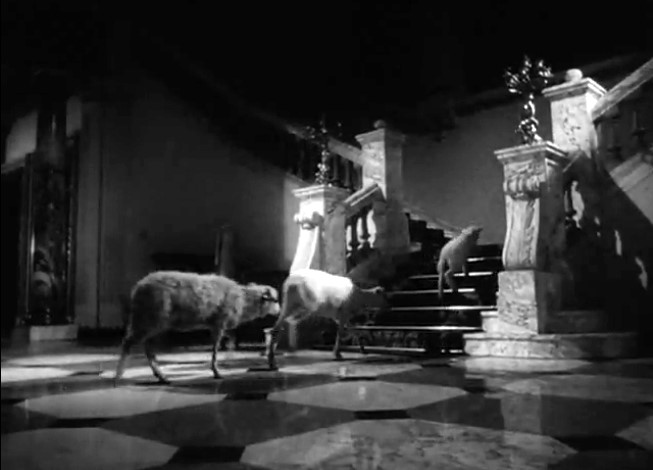 In the film a group of upper-class people find themselves locked in the living room of a house where they are resting after dinner without knowing why. There is nothing stopping them from going out of the room but they simply don’t dare trying. And in this living room takes place the descent into hell typical from Buñuel’s films. The human being decadence, his reduction to his animal essence, the raising of despicable instincts and indiscriminate violence. The closure stretches and disease begins; the paranoid visions of hands attacking and maddening voices torturing characters appear. When they are about to kill each other, the solution to the problem comes, and, of course, in the same satiric and absurd way as the rest of the events that took place.

There have been many interpretations trying to guess what was Buñuel trying to tell us in this story. The psychoanalytic one, the political-Marxist one or the religious allegoric one. But the director and his closest people settled that the main idea, the images and the facts we see in the film were deliberately incoherent, and do not needed any rationalizing effort to decode them. Things like the sheep, the bear that wanders around, the house, the chicken legs in the woman’s purse or the servant eating paper are director’s memories, dreams or even jokes from the youth he brought out and put in the film. But obviously everything in this film is telling us something, despite coming from the irrationality and intuition; they speak of human being, his animal essence, his capability to self-destruction, the need for freedom, the mystery and darkness in life and of sex and madness. 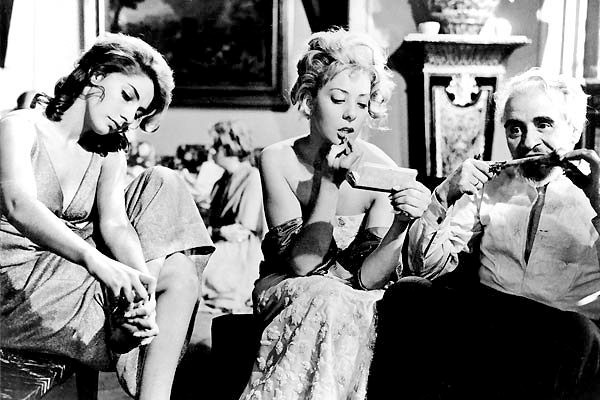 Thereby, the spectator entering Buñuel’s universe must get ready for a disturbing and most interesting experience. Ready to poke an eye to the darkest corner of human’s soul and put it out before getting it cut by the sharpest blade of the 20th-century art .